He’d been paid to have sex with her. She will never see him again. Or will she?

Recovered from a heart transplant operation, thirty-year-old Freya Thompson is desperate to be rid of her embarrassing virginity and is given a birthday present like no other. A male escort will take her virginity and she can then carry on with the life the new heart has given her.

But ‘Samantha’ isn’t prepared for ‘Simon’ – tall, brown haired, blue eyed, and gorgeous. But even more important than that, he isn’t terrified by her huge scar. He doesn’t treat her like a freak, and she finds herself attracted to him. But he’s a male escort, he’d been paid to have sex with her, and she will never see him again. Or will she?

One night of passion. A lifetime of regret. Or can a relationship built on blackmail turn to love?

At a charity fundraising event, Lesley Strickland meets Jonathan Lewis – a fellow cancer survivor – and they spend the night together. When Lesley discovers Jonathan is a politician, she never wants to see him again, despite a deepening sexual attraction. But Jonathan can’t forget her. Only Lesley can satisfy him, and he has a discreet proposition for her – that she become his sexual partner.

Lesley asks for time to consider the proposition, but Jonathan’s mother intervenes and blackmails her, threatening to reveal a secret which could ruin Lesley’s reputation and business. Lesley is forced to accept Jonathan’s proposition and all it entails – being at the new British Home Secretary’s beck and call whenever he needs her – as his sexual partner…

While working undercover in a London pole dancing club, Detective Constable Alix Barker is drugged and kidnapped by the blonde man who had come to watch her five nights in a row. Regaining consciousness, Alix finds herself on a remote Caribbean island, owned by the man from the club—billionaire drugs baron Paul Blake.

Alix is Paul’s property now and she has been remodelled to suit his tastes with huge breast implants and lip augmentation. Alix is ashamed of her new ‘sex doll’ image and that, coupled with her knowledge of the fate which befell her predecessor, and riddled with fear about what Paul would do to her if he catches her trying to escape, Alix finds herself trapped in paradise. 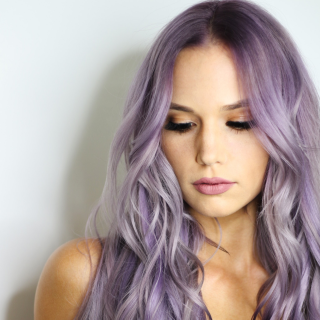 Lizzy Grey is a steamy romance and romantic suspense author who enjoys meeting friends for coffee and a chat, buying too many pairs of shoes and watching the latest dramas on Netflix. She lives in London, UK.